Mary Pickford, the Talmadge Sisters, and Buster Keaton at the Brunton Studio 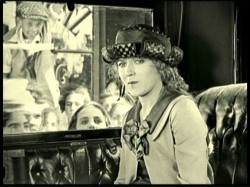 The Hoodlum (1919), Mary Pickford’s second independent production, followed her triumphant debut self-production Daddy Long Legs (1919). DDL brims with so much Los Angeles history and locations it took two lengthy posts to cover them all, HERE and HERE, and was noteworthy in particular for filming the orphanage exteriors at the abandoned Occidental College Hall of Letters where Charlie Chaplin later filmed The Kid (1921).

In The Hoodlum Mary plays a spoiled rich girl living with her wealthy grandfather in a 5th Avenue mansion. Her life is transformed when her estranged sociologist father visits from England to study New York slums for his book, and she chooses to live with him there. After a rough start (she arrives in a chauffeured limousine, above), Mary learns to navigate slum life, empathize with the less fortunate, and falls for a young man played by Kenneth Harlan, falsely imprisoned due to her grandfather’s corruption. 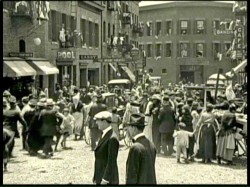 As Kevin Brownlow reports in his beautifully illustrated coffee table book Mary Pickford Rediscovered, the critics were duly impressed that the East Side slum scenes were actually filmed in California. Quoting Brownlow “[a]rt director Max Parker built a splendidly convincing section of New York at the Brunton Studios (later Paramount). His work was so extraordinary that he ought to be better known. He changed his style radically in the 1920s and became the designer for the frothy and glamourous pictures made for Cecil B. DeMille’ company, Producers Distributing Corporation.” 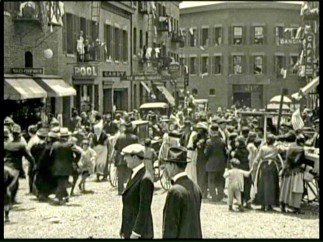 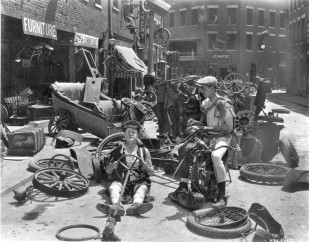 Above, the back end of the “Y” set appears appears as Craigen Street in The Hoodlum, left, and with Lloyd Hamilton in The Speeder. Dave Stevenson – Looser Than Loose. 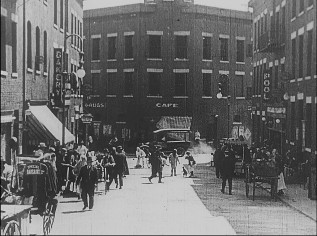 Broader views of the “Y” set, The Hoodlum at left, and Buster’s failed career as a street sweeper, in white uniform to the left of center, in Day Dreams. Note: the right side of the set also appears during Keaton’s Cops (1922) when Buster mistakenly purchases a horse and wagon for $5.00. 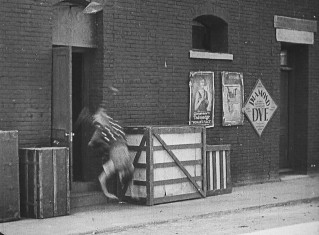 Next during Day Dreams Keaton plays an inept chorus line spear carrier who disrupts the show. Thrown from the theater while still dressed in Roman garb, Keaton attracts the attention of a suspicious cop. Looking closely, the posters on the theater wall behind Buster promote movies starring Norma and Constance Talmadge. Buster had married their sister Natalie Talmadge the prior year at producer Joe Schenck’s country home in Bayside, Long Island. Anita Loos was the bridesmaid, Constance was matron of honor, and Ward Crane, who later played the sheik in Keaton’s Sherlock Jr. (1924), was best man. 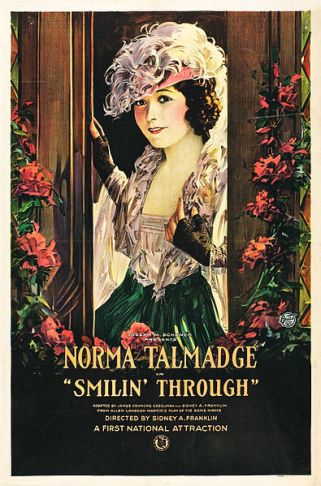 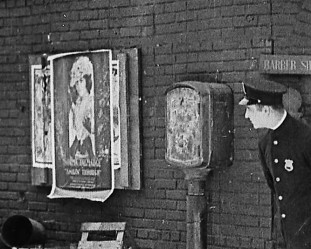 Norma starred as Kathleen in the 1922 romantic drama Smilin’ Through, a Norma Talmadge Production for First National. Keaton later paid another indirect tribute to Norma in his 1926 feature Battling Butler, when her Talmadge apartment building at 3278 Wilshire Boulevard, stood in for Alfred Butler’s mansion at the beginning of the film (left). 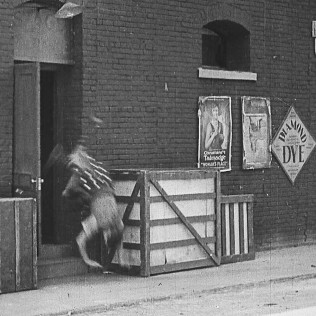 Above, other views of the “Y” shaped Brunton backlot set. USC Digital Library here and here. Since these images are attributed to 1918, either much of the set was already built prior to Mary’s production, or the archive photo dates are only approximate.

Aerial views of the Brunton studio reveal where Keaton filmed other important scenes on the Brunton backlot, covered in prior posts, including the teeter-totter fence scene in Cops, and the swimming pool high dive in Hard Luck, and the waterfall rescue scene in Our Hospitality. Above, awaiting a future post, Natalie Talmadge’s southern hometown in Our Hospitality was also staged on the Brunton backlot (left box above – click to enlarge), while the waterfall set Buster built for Our Hospitality clearly appears in the right above box, next to Melrose Avenue. National Archives.

Above, a comparable modern view east along Melrose of what is today the Paramount Studio (C) 2020 Microsoft.

1 Response to Mary Pickford, the Talmadge Sisters, and Buster Keaton at the Brunton Studio