As part of the 2021 Chaplin Days hosted June 25-27 online by the Niles Essanay Silent Film Museum, I will be presenting an all-new video tour of the locations and incredible visual history hidden in the background of Charlie Chaplin’s now century-old masterpiece The Kid. 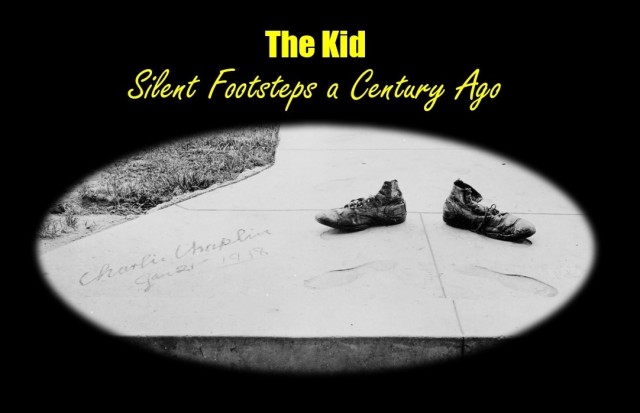 I am really pleased with how this turned out, highlighting many new details and discoveries not previously reported. 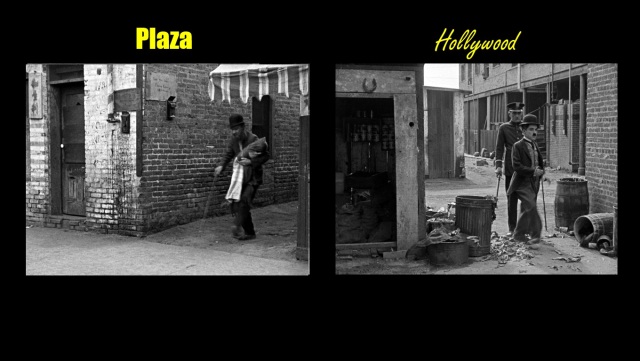 Like a busy ping-pong game, early in the film the action repeatedly cuts back and forth between downtown near the Plaza, and Hollywood. My talk clearly explains each cut and transition. Who knew the production was this complicated? 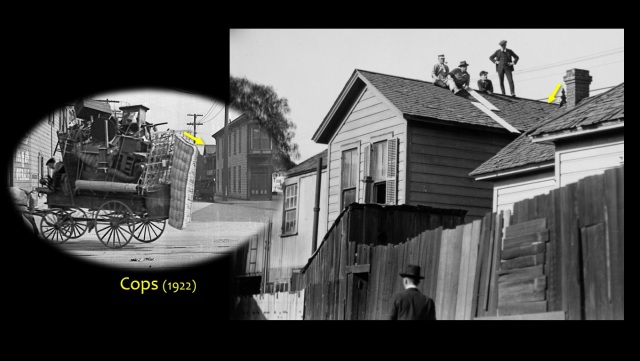 Above, behind the unique triangular building once standing on Ducommun Street, as it appears in Buster Keaton’s Cops (1922), was the starting point for Charlie’s highly cinematic rooftop chase during The Kid. 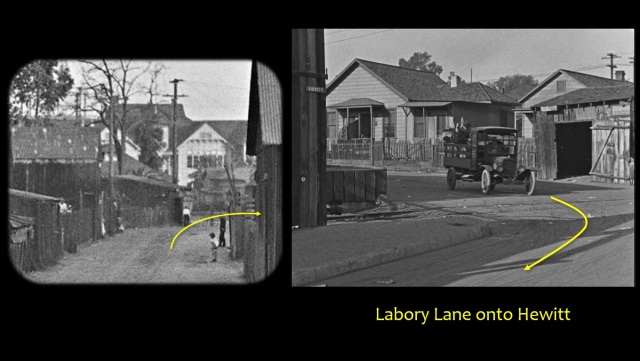 During Chaplin’s fight aboard the orphanage truck, they speed around an early working-class street corner east of downtown. Neither street survives today. 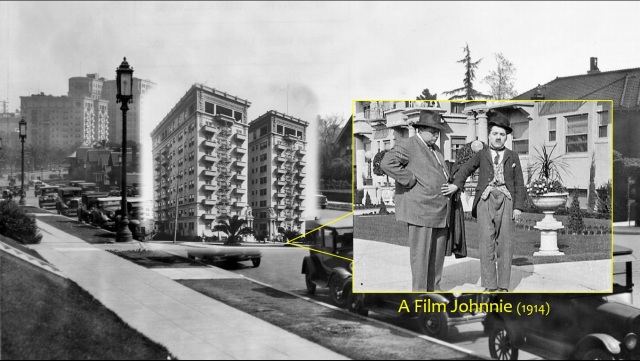 Overlapping locations along Wilshire Blvd., from A Film Johnnie (1914) and The Kid.

I had fun putting this The Kid – Silent Footsteps from a Century Ago show together, and hope you will check it out, along with the many other special programs and talks to be presented without charge as part of the Niles Essanay Silent Film Museum Chaplin Days event.

Until then, check out my YouTube talk from last year’s Chaplin Days.

The Kid and all images from Chaplin films made after 1918 Copyright © Roy Export S.A.S.