Chaplin’s The Great Dictator – Author Presentation at the Alex

Charlie Chaplin’s brilliant and courageous challenge to tyranny, The Great Dictator (1940), remains sharply relevant today. I will be introducing this classic film at the beautiful Alex Theater in Glendale on Thursday, April 19, 2018, and signing copies of my Chaplin book Silent Traces. David Totheroh, grandson of Chaplin’s long-time cameraman Rollie Totheroh, will also be on hand for a Q&A after the screening. 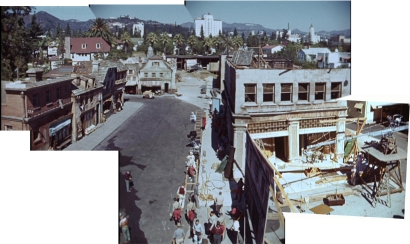 My intro will address highlights of Chaplin’s career, details of the film’s remarkable history and production, and several then and now locations, some unchanged after nearly 80 years. To the right is a composite image of Chaplin’s backlot, from 16mm home movie footage taken by Charlie’s half-brother Sydney.

Intact globe found by the Russians in Hitler’s ruined office.

The screening is hosted by the Alex Film Society, which presents programs of classic feature films, cartoons, newsreels, and short subjects at the theater. 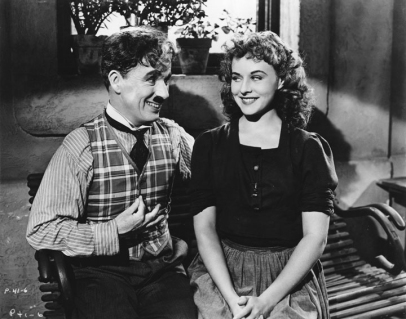 If you live in the Los Angeles area, I hope you’ll consider supporting the Alex Film Society by attending my talk and book-signing at the Alex Theater on Thursday, April 19.