Harold Lloyd racing past the Lovejoy Apartments at 3rd and Grand on Bunker Hill in Girl Shy. 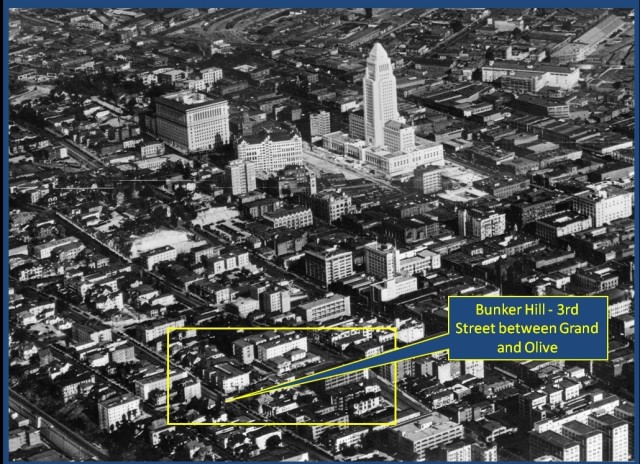 The first slide of a PowerPoint Presentation you can download below.

The 2012 Turner Classic Film Festival in Hollywood will be screening Harold Lloyd’s first independently produced feature comedy Girl Shy (1924) on April 14, 2012 at the Egyptian Theater.  In that film, Harold discovers the woman he loves is about to marry a bigamist, and in a frantic race to the altar, Harold dashes all across Southern California by every conceivable mode of transport in order to halt the wedding.  I explain in a prior post how Lloyd filmed one sequence in Hollywood hanging from the pole of a runaway trolley car.

Later during the race, Harold rides a horse wagon on Bunker Hill, up and down Grand Avenue, and west down 3rd Street.   The corner of 3rd and Grand was Lloyd’s all-time favorite place to film – he shot scenes from seven different movies at this one spot, including Bumping Into Broadway (1919), An Eastern Westerner (1920), High and Dizzy (1920), Never Weaken (1921), Girl Shy, Hot Water (1924), and For Heaven’s Sake (1926).  As I explain in one of my most popular posts, you can see where Lloyd and other Hal Roach Studios stars, including Laurel & Hardy, filmed on Bunker Hill, as shown in some amazingly sharp movie footage posted by the Prelinger Archives.  Bunker Hill was completely demolished during the 1960s, and glass skyscrapers crowd the site today.  You can download a PowerPoint presentation below – here are static images. 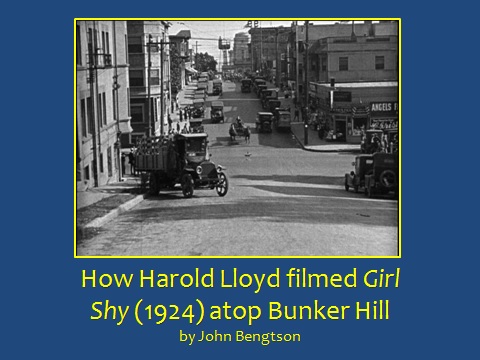 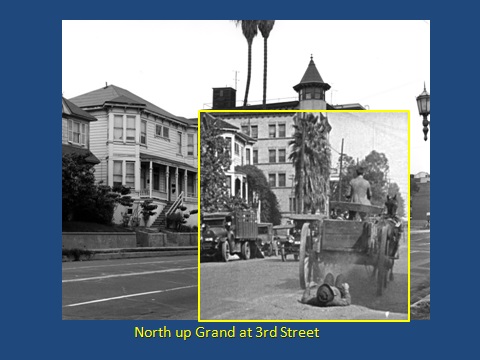 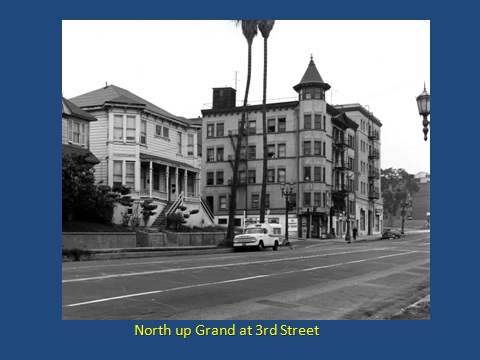 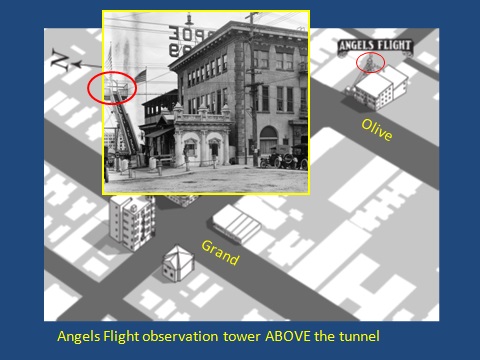 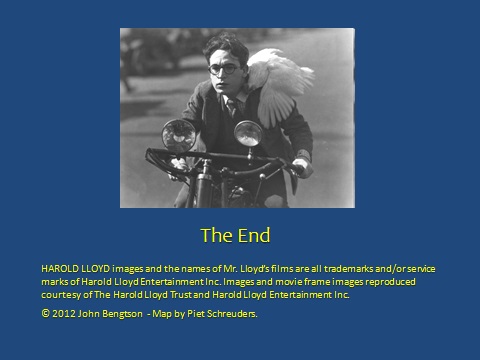 You can download below a 21.5 MB PowerPoint presentation showing not only where and how Lloyd filmed the Girl Shy scenes atop Bunker Hill, but also shots from Never Weaken, Hot Water, and For Heaven’s Sake.  Most of the slides are animated, so wait a moment each time before clicking the “next” button.

I am also posting here again a tour of several silent-era Hollywood locations Harold Lloyd used in Girl Shy, and various other films, as well as the sites for the Lloyd, Chaplin, and Keaton Studios.